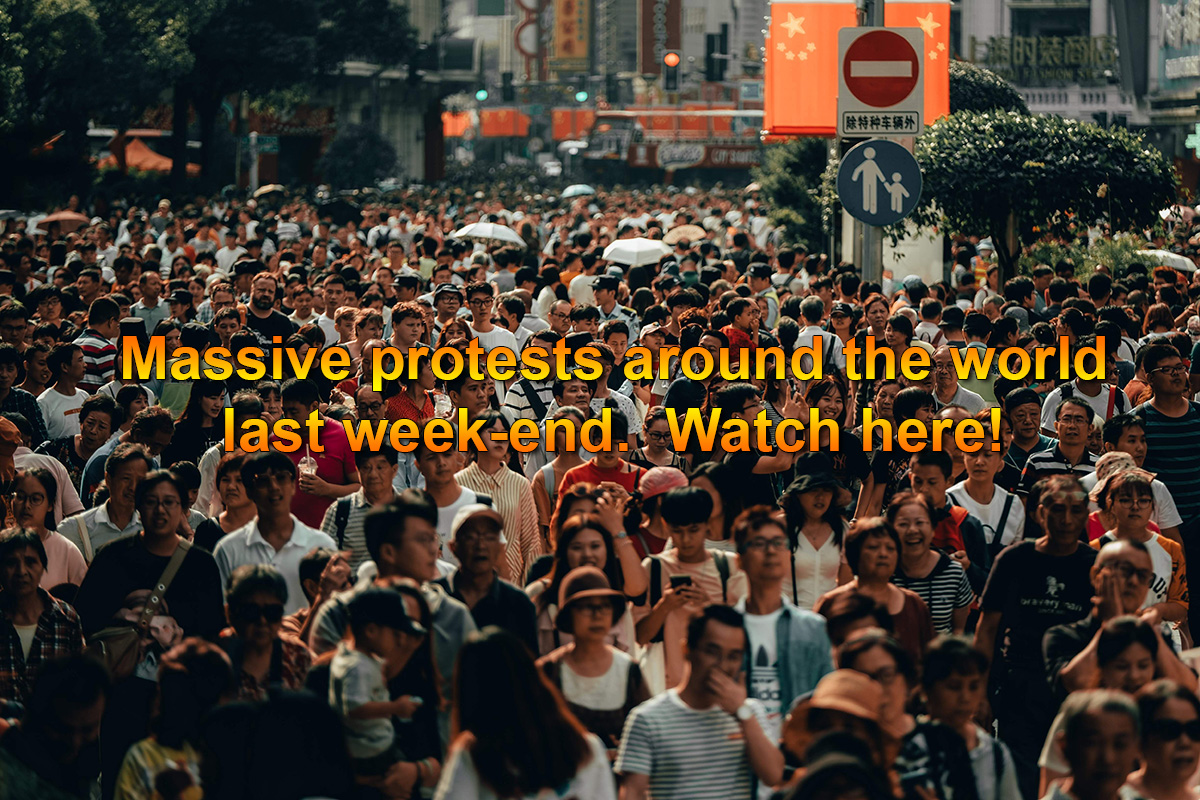 Over the last 18 Saturdays, people in France, Germany, Italy and many other countries have been holding HUGE rallies to protest the power grab by their countries – all under the pretext and pretense of a medical emergency.  This last week-end, more countries saw more people protesting than at any time in the last 18 weeks.

Only few News outlets have covered them – none of the mainstream ones.  If you don’t cover the news, you aren’t a news outlet. We the people from around the world are the new media. Turn on your camera, film and share!

Below is a compilation video of the best photos and videos of the worldwide protests this weekend – November 20-21, 2021. Australia, New Zealand, Netherlands, Austria, Italy, France, Croatia, Switzerland, South Africa, England, Scotland, Lithuania, Japan, Taiwan, South Korea, India, Norway, Finland, Sweden, Denmark, Hungary, Portugal, Georgia, Brazil, Uruguay, Argentina, Chile, Panama, Peru, Germany, Belgium, Canada, USA and other countries protested this weekend. This was one of the biggest protest in history and it was completely ignored by the mainstream media. We are the media now. Please share and upload this video everywhere.

One thought on “Freedom Protests won’t be televised”