“If You Need All This To Protect Your Inauguration from the People, Maybe the F-ing People Didn’t F-ing Elect You!” – DC Worker Shows Video of Military Checkpoints in City (VIDEO) 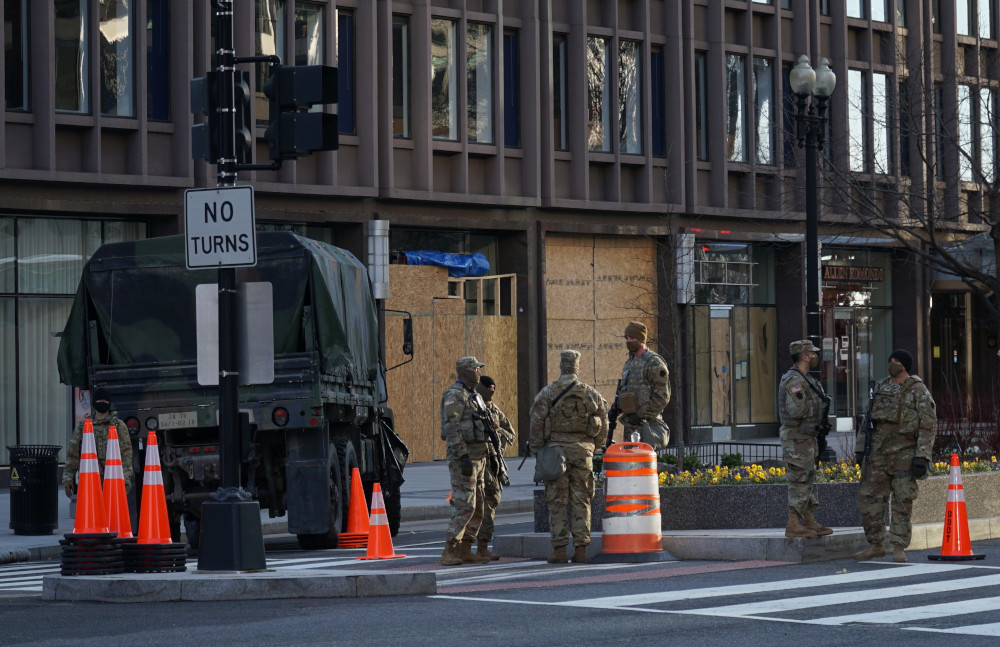 “If You Need All This To Protect Your Inauguration from the People, Maybe the F-ing People Didn’t F-ing Elect You!” – DC Worker Shows Video of Military Checkpoints in City (VIDEO)

From: The Gateway Pundit:

“A worker in DC filmed the military presence in the city early in the morning. He asks why would someone need to put up such barriers if he legitimately won the election?

At the end of this video the worker shares:

‘This is what our intersections look like now. If you need all this to protect your inauguration from the people, maybe the f***ing people didn’t f***ing elect you!’ “

See the video at https://www.thegatewaypundit.com/2021/01/worker-showing-video-military-checkpoints-dc-need-protect-inauguration-people-maybe-people-didnt-elect/

Today’s inauguration further confirms it: ‘This is What 80 Million Votes Looks Like’: Biden Inauguration EMPTY

“As One America News’s Jack Posobiec said on the War Room Pandemic this morning: “This is what 80 million votes looks like?!””

See comparison pictures and full article on this page: https://thenationalpulse.com/breaking/this-is-what-80-million-votes-looks-like-biden-inauguration-empty-pics/

“A Fake Candidate Who Didn’t Actually Run a Campaign – No Way He Got 81 Million Votes. It’s a Fraud!” – EPIC! Former GOP Spox Goes Off on Joe Biden Charade (VIDEO)

The pro-Trump GOP official made headlines last week when she claimed on national television that the “real insurrection” happened when the president lost the 2020 election.

On Wednesday Liz spoke truth to justice during her Newsmax interview, going off on the rigged election and the fake candidate, Joe Biden.

We all know that starting last summer, Governors and/or Secretaries of State, mostly in swing States, circumvented their legislatures, made unconstitutional changes to their voting laws weakening the integrity of the vote and then on November 3 and for the week that followed, there were significant irregularities and hacking. It was a COUP against the American people. Everything about the inauguration corroborates it – as shown above.

If you haven’t seen the video of the Attorney for the Italian whistleblower / hacker who did this with the aid of Italian Military Satellite and the US Embassy in Rome, here it is:

Obviously there’s much more to this and we will be adding more of the evidence as the days go by. Please come back and revisit this page.

More relevant links to the fraud and the coup.