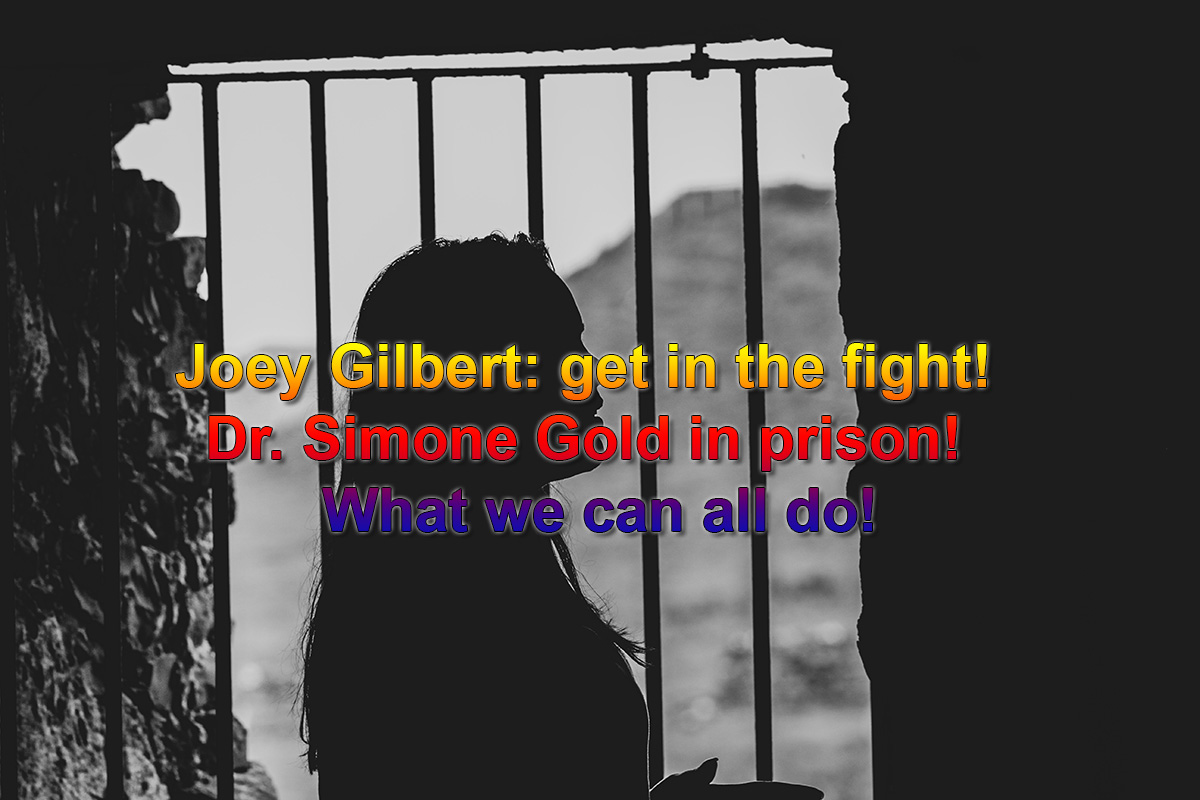 In this passionate twenty five minute talk (see video below), Joey Gilbert lays it out from Dr. Simone Gold’s being imprisoned for giving a speech in the Capitol (after having been invited by Police into the Capitol) to the Nevada (s)election, the persecution of a good an honest candidate for Attorney General and more.

What you can do:

We highly recommend that you start by watching Joey in the video below or at least listen to what he has to say.

Then take action, get in the fight! Fight? What is that? Fight means: talk to everyone you know and talk to complete strangers, anyone you possibly can – even if you think the other person may not be receptive. The media won’t cover it. Fighting back means that we will cover it. Talk, talk and more talk don’t ever underestimate the power of sharing information.

The media has been very effective in getting us to believe that writing letters, attending public hearings and meetings has no effect. It does have an effect. They are a minority and we are the majority. There’s nothing more scary for people who are taking advantage of the public than public opinion because they know from history that there comes a point where nice people turn into an angry mob and that mob is unstoppable. I’m not suggesting that any one engage in any kind of violence. I’m just saying that these people are aware of history. But more importantly, a number of people I know have been involved in fighting back (see list below). They have been attending public meetings, have been engaged in getting people to attend legislative hearings and provide testimony in favor or against certain proposed legislation. Again and again, with enough citizen participation, those who would take tyrannical control over our lives have had to back off their sinister plans. We can, have been and are being effective. Join us! Fight back! Talk, write, show up. Stand for you, for your kids and for America before it’s too late.

Action items (pick one or more):

Video not showing up on this page?