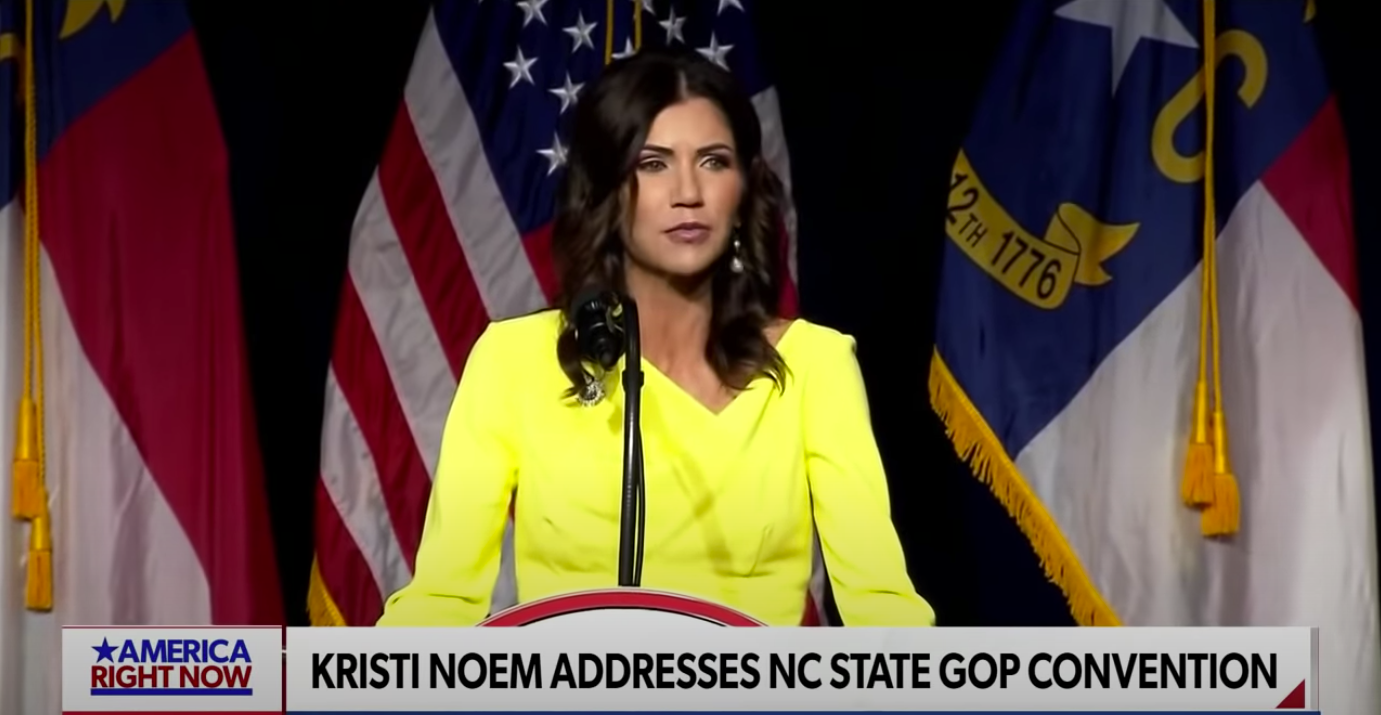 On Saturday evening, South Dakota Governor Kristi Noem gave a very inspirational speech at the North Carolina GOP convention. She is another non-politician who entered politics to make a difference and she IS making a difference. South Dakota didn’t shutdown any business in 2020, nor did it have a mask mandate. Governor Noem asked people to make their own responsible health decisions. What a concept in a world where Politician’s are dellusional in thinking that they are God’s gift to humanity when in fact they are the Devil’s curse on humanity!

Well, Gov. Kristi Noem trusted her Citizens to do the right thing and guess what? They did. Did you hear the media make all kinds of accusations against South Dakota and dire warnings that South Dakota would suffer a record number of deaths because of it’s non-authoritarian approach to the COVID hoax? Yes! Have you heard that South Dakota had a horrible outbreak? No. There was none.

More importantly, you need to watch this entire 33 minute speech because it is truly inspirational. Gov. Noem reminds us that we need to stop looking outside of ourselves for the solutions and the hope we want and need in these difficult times. Kristi Noem leads by example – she is implementing the changes she wants to see in her State. The French have an expression “one is served best by one’s self”. Most politicians are either incapable, wimpy or RINOs. It’s up to us. We have no choice but to get involved.

Liberals have been very good about being activists for decades but conservatives haven’t. What we see today is a direct result of that apathy and lack of participation of conservatives in politics. The Republican Party has been infiltrated by leftists who are all too happy to subvert our free country and turn it into an authoritarian / totalitarian system. It’s past time for conservative Americans (including Nevadans) to BE what they would seek in others. Donald J. Trump is but one man, Kristi Noem is but one woman and they have made a huge difference. President Trump has shown us how bad things are. It’s time for us to pick up where he left off and push back against the evil that we are faced with. Kristi Noem is doing the same. We have great role-models. It’s time for us to get to work!

Start by watching this video: