The Unconstitutional Redistricting of Nevada 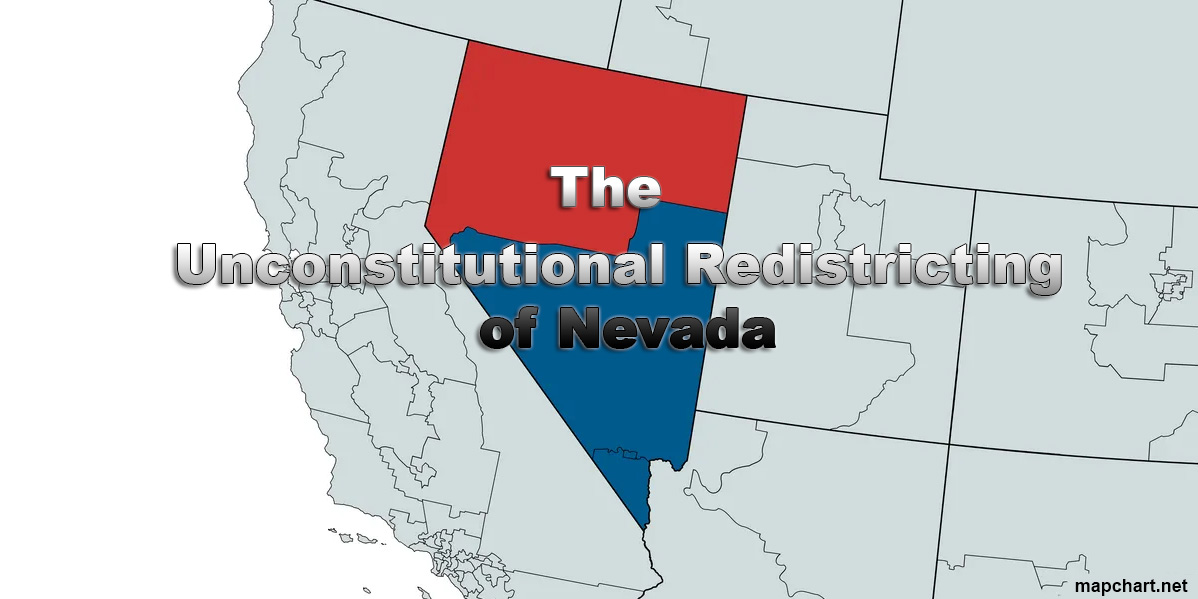 In the 1960s through a series of decisions with no basis in law, the courts changed the make-up of the legislatures of some of the States including Nevada. This was done to turn our Republic into a democracy. This article lays out how and why this happened and the remedies that we have at our disposal to fix this.

The Unconstitutional Redistricting of Nevada

The Sixteenth Amendment was controversial. The first time that the Supreme Court had a chance to clarify this Amendment was in 1916 in the case of Brushaber v. Union Pacific R. Co. – 240 U.S. 1 (1916). The Supreme Court was flooded with so many different arguments that it became difficult even to classify all of them. Chief Justice White carefully cut through the mess by explaining that the purpose of the Amendment was to clarify the Powers of the Constitution; otherwise the interpretations sought would result in one portion of the Constitution destroying another part of the Constitution and such destructive ends could not possibly be the intention of the authors of the Amendment.

In Reynolds v. Sims 377 U.S. 533 (1964), the Supreme Court admitted that the Fourteenth Amendment could not touch the makeup of the United States Congress when it said, “The system of representation in the two Houses of the Federal Congress is one ingrained in our Constitution, as part of the law of the land. It is one conceived out of compromise and concession indispensable to the establishment of our federal republic”. Essentially, the Fourteenth Amendment could not be interpreted to undo the “Will of the People” as expressed in the United States Constitution for Congress.

In 2012 the Supreme Court heard the case of National Federation of Independent Business v. Sebelius, Secretary of Health and Human Services, ( ) 648 F. 3d 1235. Chief Justice Roberts brilliantly stated the federal system as a part of the majority decision. Chief Justice Roberts pointed out that the States did not receive their Power from the United States Constitution. The Supreme Court has no Power to alter the makeup of Congress because the Fourteenth Amendment was not intended to grant that Power. The federal government has no Power to alter the makeup of a State Legislature because the Authority for the makeup of the State Legislature comes from that State’s Constitution not the United States Constitution. It should be noted that the United States Constitution guarantees each State a republican form of government, but a republican form of government allows for representation based upon political subdivisions as well as population.

In 1965 the federal government forced the State of Nevada to change the composition of the Nevada Legislature through a federal District court decision. See Dungan v. Sawyer, 250 F.Supp.480 (D. Nev. 1965).

None of the actions of the federal District court in 1965 are valid because the federal government has no Constitutional grant of Power to do them. The Supreme Court reexamined the relationship of the federal government to the several States in 2012 in the case of National Federation of Independent Business v. Sebelius, Secretary of Health and Human Services, ( ) 648 F. 3d 1235. That reexamination overturns the findings of the Supreme Court in the 1960s that made several States reapportion their Legislatures.

What we can do:

There are many avenues the citizens of Nevada could pursue to get their Constitution back from federal interference. The simplest solution in my opinion is for the counties to sue in their local courts to void the federal District court’s decision and reestablish the portions of the Nevada Constitution (and NRS sections) that the federal District court mandated be removed.