Unconstitutional jab mandate is a mirage 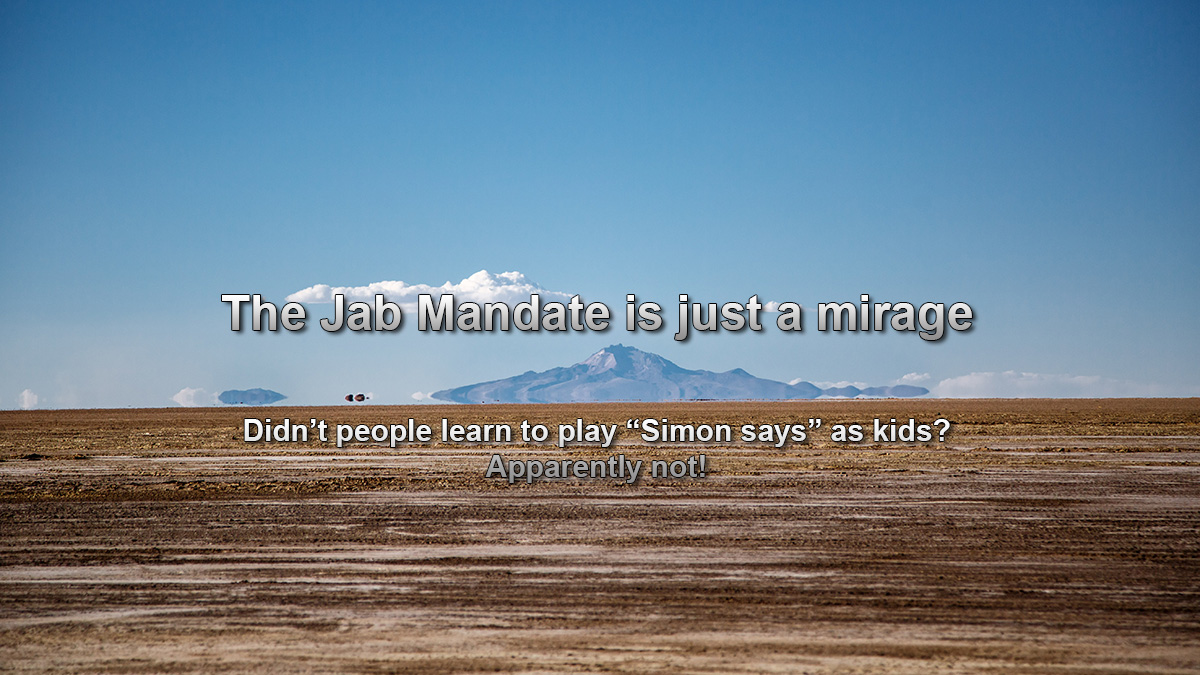 As of October 7, there is no mandate. You read that correctly. Apparently most people never played “Simon says” when they were kids OR they never learned the difference between “Simon Says” and “I Say”. There’s a very good reason why kids play this game. You learn to differentiate between mere statements and real authority – at least on a very superficial level. The current Resident / Pretender of the White House makes a statement and everyone just goes along with it even though he’s a pretender and the conditions required to implement his lunatic and unconstitutional acts are not fulfilled. He must think everyone is plain stupid. Are we?

Here’s what The Federalist says:

“Yes, we’ve heard all about Joe Biden’s alleged vaccine mandate for private companies employing 100 or more people. It was all over the news even before he announced it on September 9. His announcement has jeopardized the employment of millions of Americans and increased worker shortages in critical domains such as health care.

There’s only one problem. It’s all a mirage. Biden’s so-called vaccine mandate doesn’t exist — at least, not yet. So far, all we have is his press conference and other such made-for-media huff-puffing. No such rule even claiming to be legally binding has been issued yet.