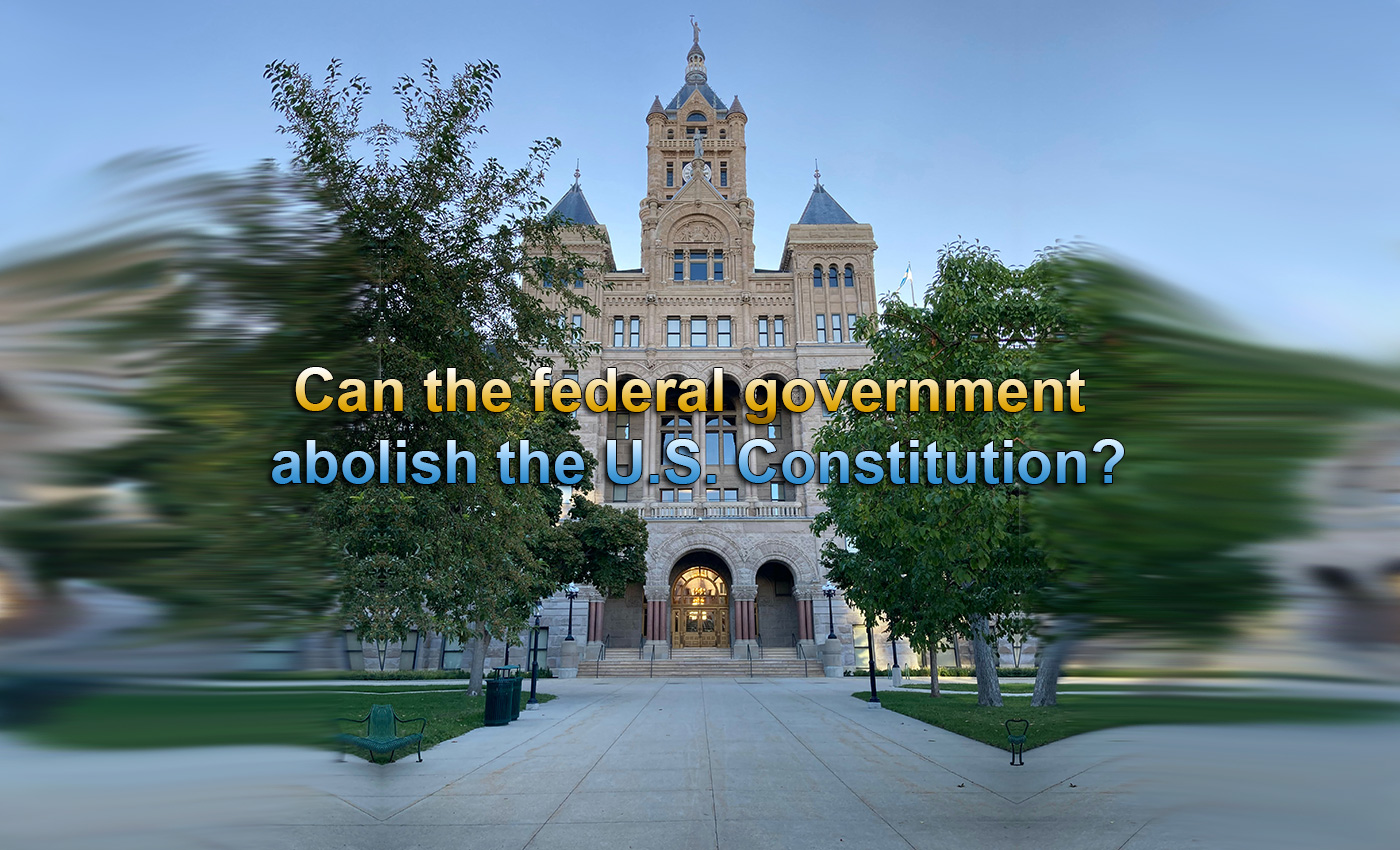 Can the federal government abolish the Constitution?

The transformation of the United States from the World’s super power to a third world banana republic was accomplished by a deep state coup using a false pandemic as an excuse to implement unprecedented mandates and as the basis for the introduction of mail-in Ballots and “election month” as an accepted form of voting. Our federal government and some State governments are out of control. It seems that our Constitution is being torn asunder before our very eyes. What would happen if the federal government decided to abolish the Constitution and assume control?

What is the Constitution?

What would happen if there was no Constitution for the United States of America?

If the United States Constitution is ever removed, the federal government will cease to lawfully exist and all Power will return to the several States of the Union or the People. We will have fifty sovereign States with that territory ceded to the national government needing to be returned to Virginia and Maryland. The Office of the President, the Congress, the Supreme Court and the myriad Federal agencies will no longer have any legitimate function. The several States will be free to choose their destinies as their citizens direct those State governments. The ten square mile tail that has been wagging the dog will lawfully be required to disappear.